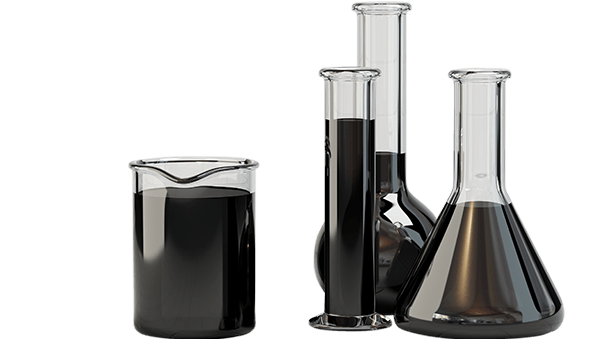 Results achieved by a coal mining operation using a Lubemaster OS600 to filter oil taken from the final drives of a dump truck.

All samples have been prepared by exactly the same process using the industry standard 3μm Millipore method, with photo’s processed at X200 magnification. Calibration on this print in actual size, 1 ml equals 1μm.

The first slide is a photo of the filtergram very shortly after the commencement of filtration and is showing the dark colour typical of the unfiltered oil taken from the final drives, with a high number of large particles to 30μm visible. The contamination visible consists of dust and seal material as the dark particles, and the white as the silver metal particles. Note the overall colour of the sample with the background quite dark, which is due to the presence of particle contamination.

After filtering the oil for 12 hours, a microscopic examination was undertaken which demonstrated that the cleanliness level was well below the cleanliness levels as stipulated by GE for re use in their drives; that is ISO 4406 at 18/13 with particles less than 10 μm not of interest